The blogging bear is coming out of hibernation, or so we think. 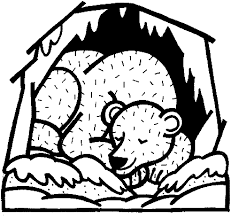 Christmas was fabulous, once we got there…a little last minute stress getting Luke a passport, but all was well. Luke loved spending time with Grandma and Grandpa Payne. In fact, he coined his new word with them… Bop… means grandpa and sometimes grandma. Luke also loved watching and playing with his cousins. Who knew so many kids could run around the house with so very few injuries?!

January has flown by, well not really. I’ve been sick for most of it. My cold turned into a sinus infection and it took forever to go away! Now everyone else around here is sick.
Well January has been eventful for other reasons too. We’ve spent a lot of time looking at apartments and houses and we are waiting to hear about a house right now…it’s a long shot, but as our agent says “you never know!” Aunt Christina also decided to trim Luke hair in the front and Darin thought it looked so dorky. So he buzzed it!

Then, on Monday, he fell off our bed and knocked his noggin on the nightstand on the way down. Fourteen months old and he got his first ER visit. Poor guy even fell asleep waiting for the doctors, so he woke up to beta dine stinging on his head and being poked with the needle! More haircut, five stitches and several tears later, he was good to go.

This it not a very good shot, but it looks horrible! In other news, we had a really cold weekend a few weeks ago and a squirrel made his home in Darin’s engine area, making an awful mess. He chewed out a lot of hood insulation and brought in leaves and sticks. Unfortunately we didn’t find the culprit, but a visit to the mechanic let us know that the squirrel also chewed through a chunk of wiring, causing the transmission to feel like it was slipping. A few hundred dollars later and the car runs like new… DANG SQUIRRELS! 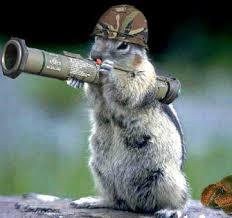 To end on a happy note, Rack Room Shoes was going out of business, so we got Luke a pair of Crocs for $3! Come on summer, I can’t wait. (It’s been cooooold, and snowy and rainy…BLAH January!)

Oh, and look how cute Luke is when he brushes his teeth, all six of them! He loves brushing his teeth!

Just playing with my iPod, this is a free app that let’s me edit my blog easily. Too fun!