off we headed to Lake Weiss for a little Whitaker Weekend fun. 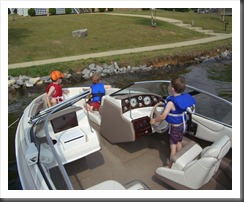 tubing with the boys, riding the boat, waiting out the hail-infused thunderstorm 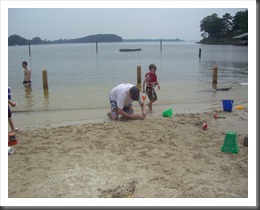 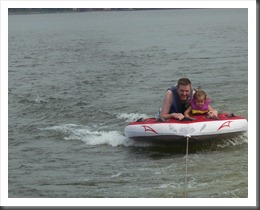 building sand castles, racing down the slide, watching a wedding

skiing for some, just trying for me, soaking up the sun 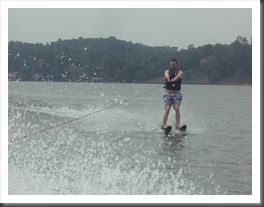 We continued the celebration in Florida with Darin’s parents and the Peo’s.

First, we took the kids to Disney World. What a day! 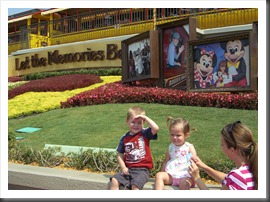 “Let the memories begin…” It took half an hour just to get parked, get tickets, take the train in, and get through the gates, but we made it. and my little chiclets would not let go of their tickets!! 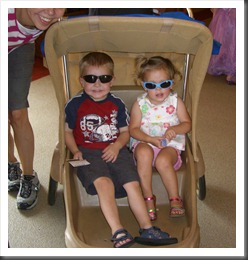 (can I mention what a waste of money that was? It spent more time in stroller parking than giving these two a ride. However, it was nice when naptime rolled around!)

We have the cutest video of the them watching the parade. They rode every ride (except one) that they were tall enough to ride. I think the Magic Carpet ride won out as the favorite. 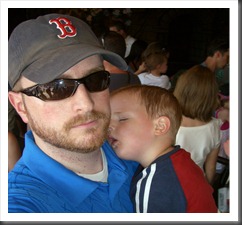 The Motorcross also gave a lot of smiles!

We saw a lot of characters, and finally when we waited in line to meet one, Pluto had to go to the bathroom before we got to him, but he waved to Luke as he was leaving!

Let’s just say they LOVED it.

Day two, was spent with the Peo’s at Universal while Grandpa and Grandma played with the chiclets. Unfortunately, I forgot the camera.  Highlights include Harry Potter world so fun, love the HP ride and the dueling dragons, the butter beer was better going down than coming up, and the Hulk really is freakin’ awesome.

the Final day was just pure enjoyment at the resort. coulda stayed all week. 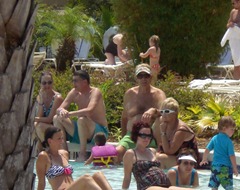 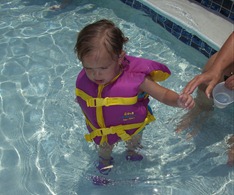 loved it. ahhh, sunny florida, you were so kind!

exciting times around this place!

Darin finished his last clinical, submitted his last assignment, gave his “school” buddies a last farewell and walked that aisle to be hooded a doctor!

The family couldn’t be more proud! 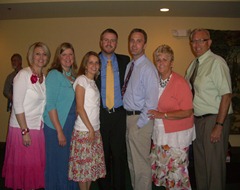 Even TSU’s President Dr. Portia Holmes jumped in for a family shot… 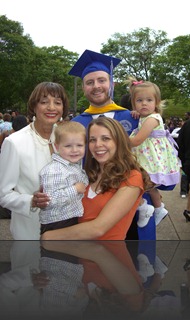 Now that’s impressive. as was Darin.

Did I mention he got the Leadership Award at the gala,

a fabulous event that he orchestrated! 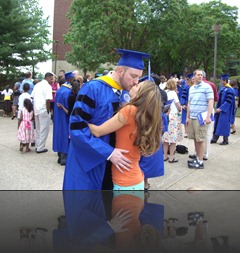